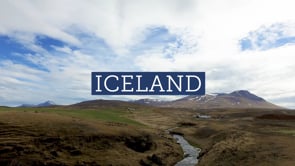 The Iceland Project - Part I | SBC of Virginia

Just a 5 hour flight away is the country of Iceland. Many statistics you see online will say that Iceland is a Christian country where up to 85% of the population are believers. Many missionaries avoid Iceland because of the common belief. However, this is far from the truth. In reality, Iceland only has around 5 healthy churches and many people are atheists. In 2006, several missionaries visited Iceland with hopes to plant churches. Since then, one church has been planted and another one is on the way. Watch this two-part coverage on The Iceland Project.